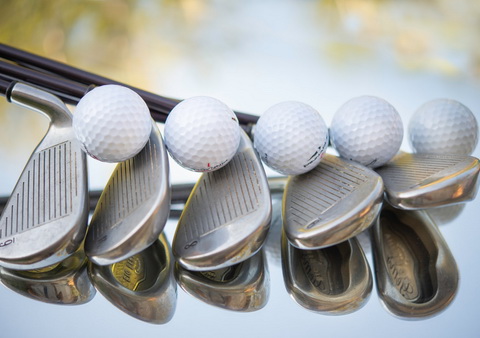 Golf is one thrilling and refreshing game played as are creational sport to have fun with friends or family. The game is diverse with different types of golf games, for example Disc golf. Depending on your preference, you can choose what type of golf you play or participate in. So, what are the different types of golf games? Let’s discuss some of the fun games you can play on the golf course with your group. Here you can find basic rules for golf.

What are the different types of golf games?

It is a different kind of golf, also known as an alternate shot that most north Americas watch during the president and Ryder cups. It is one type of golf game that even the best golfers struggle with due to the distance your partner will leave you to go and hit it from. You may otherwise look for another friend. The game involves one player hit and the other player hits from where he/ she ended up.

Another form of playing this type of golf game is using twosome hits a drive, choosing the best hit and alternate shots from those points to the hole. In case of penalty shots, they do not affect the order of play Foursomes’ golf type must be played by four golfers. Canadian foursome, greensome, and mixed foursome are the variations on the foursome.

In this type of golf game, golfers use points or a certain amount of money for each hole, and winning the hole outright is the only way to win. If two players tie the hole, the dollar amount or the points are carried over to the next hole. That makes the following holes more worthy and makes the game exciting. If two or more players halve the last hole, they go for a playoff until one player wins a hole outright. The number of layers can be two, three, or four, depending on what they agree.

Among the different types of golf game, the wolf game takes a little preparation and some concentration. The game is a point-based game where players have many ways to track points and earn bonuses to their wolf game. The game is dramatic which you have more stories by the end of the day. Four players must play the wolf golf game. Here are the basics of the game.

This golf game type offers an opportunity for higher handicap players to win points against their lower handicap players. Points are earned on each hole on a handicap or net basis. The stable scoring system is popular for most golfers such that it is used on one of the PGA tours. For example, 1 point for par, 2 for a birdie, 3 for an eagle, there is no point for a bogey. A point is subtracted in case a player hits a double bogey. Two-three or four golfers can play a stable ford golf game.

It’s another type of golf game that does not need four players to play. The game is perfect for players with higher handicaps but still want to be part of around. The Bingo game is point-based and earned by being the first to do something. The first golfer to hit the shot to the green gathers a point Bingo! The owner of the ball that is nearest to the pin, after all, balls land the green, gains a point, Bango! Consequently, when you hole out the first, you earn a point to Bongo!

When the round is over, the player with the most point wins. The game is played by two, three, or four players.

This type of golf game has a simple match-play that is more inclusive compared to others. The game allows you to play to play with other people in your group and not a single player during a round. The holes are divided into three groups of six-hole matches and, one can choose any scoring format. In the event you are thoroughly beaten in one of the matches, you got two more to revive yourself. Four players are involved in this game.

It is a team game that uses a special twist on the scoring formula. The game is competitive, especially if you attach a monetary value to a point earned. During the first tee, teams are decided, and earned points are combined instead of being added. That means if the first player earns a 4, and the second player makes a 5, the total score becomes 45. If the third player scores a 5, and the fourth player earns a 7, the combined score is 57 and, the third and fourth player wins the hole with 12 points. In this case, the lower score goes to the front of the joined score. Thus, four golfers must play the Vegas game.

Nassau is the most popular type of golf game among players with the most variations. The game is divided into three games. Each match earns points or money. They include a low front-nine score, low back-nine score, and low 18-hole score.

One of the tricks when playing Nassau is to press. Usually done when you are behind with a few strokes and want to redeem yourself for a late-round charge. Sometimes players may incorporate fun add-ons into the original Nassau game.