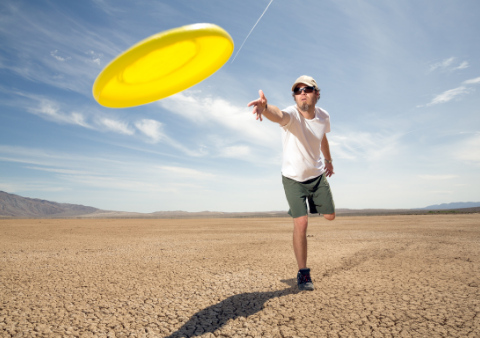 Disc golf is one of the most popular types of golf. Disc Golf has a complete and strict set of formal rules envisaged by the Professional Disc Golf Association. The main aim of disc golf is to enjoy and have fun as you try completing the course with as few throws as possible. Safety and courtesy are vital. In a nutshell, while throwing, be careful about the landing area. Ensure not to cause inconveniences to animals, plants, and people nearby. Equally, rules of disc golf mind about the safety of the fellow players.

Frisbee golf rules aim to ensure fair play in the game. Each player must apply the rules depending on the situation at hand. If these rules fail to address the problem at hand, the rules of fairness shall apply. These rules dictate that every player is responsible for calling out promptly whenever other players violate these rules. Here below are the disk golf rules in detail.

The discs to use in the play must meet all the conditions set under Professional Disc Golf Association.

There are various rules for disc golf that cut across both golf experts and beginners. The formal Frisbee golf rules address all the events, including interpretation of the golf game and lost discs. However, if these formal rules fail to solve a dispute, rules of fairness come into play. Rules of fairness solve the dispute by looking at the closeness and logic of the dispute with the existing rules. When players master the rules at their fingertips, playing golf becomes enjoyable.